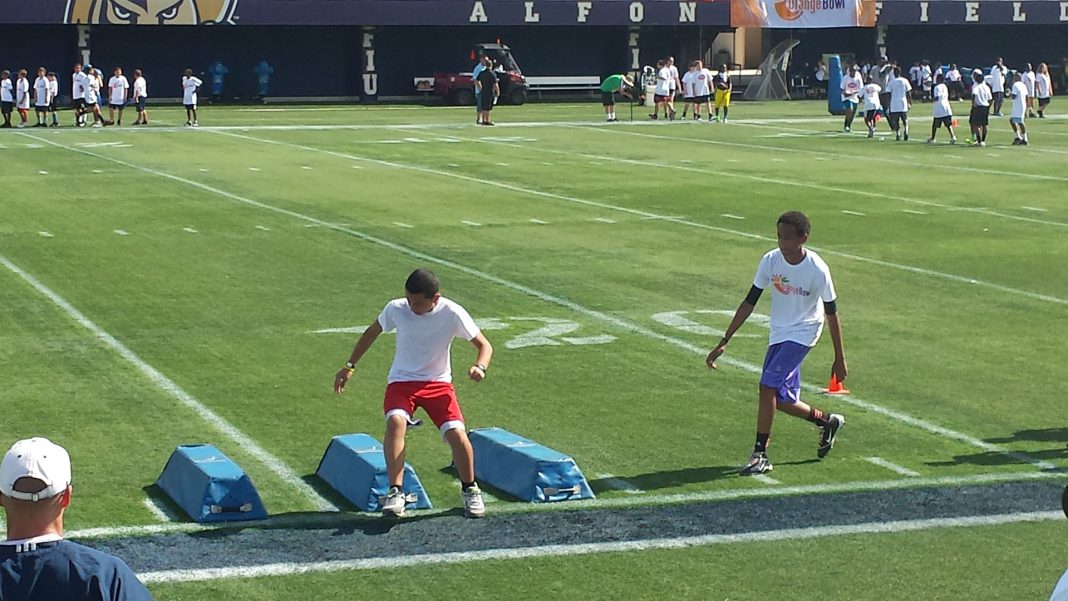 Using tryouts to start your team

So you’ve thought about it long and hard and you’ve finally decided that coaching a youth  team if for you. First of all let me say a very well done on making a great choice! The best and easiest way of recruiting players to be part of a new team will be to hold tryouts. Quite a simple concept, but you will need to be organized and know what to look out for if your are to maximize your chances of getting the right kids who are willing and able to play for you. Initially you will need to have decided what it is that you want to get from the trials. How many kids do you want to take on? What sort of age groups? Where will they take place? Then you will need to announce properly the details and make sure those you want to see the info are able to see it. When that’s all said and done here are some tips for conducting the trials on the day:

Initially it will be important to get all of the players that turn up to the tryouts to register with you. It will be important that you can identify players once they are out there so make a note of who they are or give them numbered or colored bibs to help you remember. This would be easier if you are able to get someone to help you as it will run a lot more smoothly and efficiently if more than one of you signs the players in. Next, gather all of the players and address them and what it will be that you are doing and how the tryouts will work. It is at this point when you will be judged by both the parents and the players, so make sure you have your plans ready and are confident when delivering the day’s itinerary.

What to look out for

All of the kids that show up will be ready to play the game but there will be some specific attributes that you should look out for in order to get the best and the most willing players.

Having the right attitude will be vital once your team gets underway so look out for players that are eager to listen and that seem to relish the idea of training and playing. It will be far better to have kids that are less talented but that are ready and willing to learn than those that already believe they are the finished article. You will get a sense for those among the team that will make good leaders and keep an eye out for the players that help others and advise others. Attitude on and off the field will be keen to the success of your team’s spirit.

How much are kids able to pass to each other and receive passes. Do they have an understanding already of the space available to them on the pitch? Can they confidently find a teammate? Whilst passing is a somewhat advanced skill for a child it will become something very basic once they start playing regularly, so look to see if any of the kids have a predisposition to one of the fundamentals. Use different passing drills that involve two or three players and get players regularly receiving and passing the ball.

Can the kids, control and stop the ball when it is passed to them?  Do they have composure whilst on the ball and surrounded by opposing players? You will notice who among the group is able to command themselves on the pitch confidently and comfortably, and this will give you an idea of where players might fit into your team once you have started. Set up dribbling exercises using cones and even add defenders to see how players reacts to being placed against an opponent.

Toughness
Now, obviously I don’t mean are they able to beat up their opponents, I mean are they prepared to try and tackle and win the ball back. Are they brave even if they lack ability – will they work hard for the team? Set up small scrimmage games without goalies to see who will defend their goal and who won’t bother.

Everyone will want to score the goals so set up a bigger match and see who naturally migrates to attacking positions. Set roles for players if you need to and see how different players react to goalscoring opportunities.

Afterwards make sure you thank all of the players for attending as well as their parents and let them know you will decide at a later date. You could read out the names of those who have “made it” at the end if you like but it may also be easier to go away, read your notes and think about it. Announce when you will have the next try outs so that they all feel like they will get a second chance if they didn’t make it and then it’s down to you to form your team.