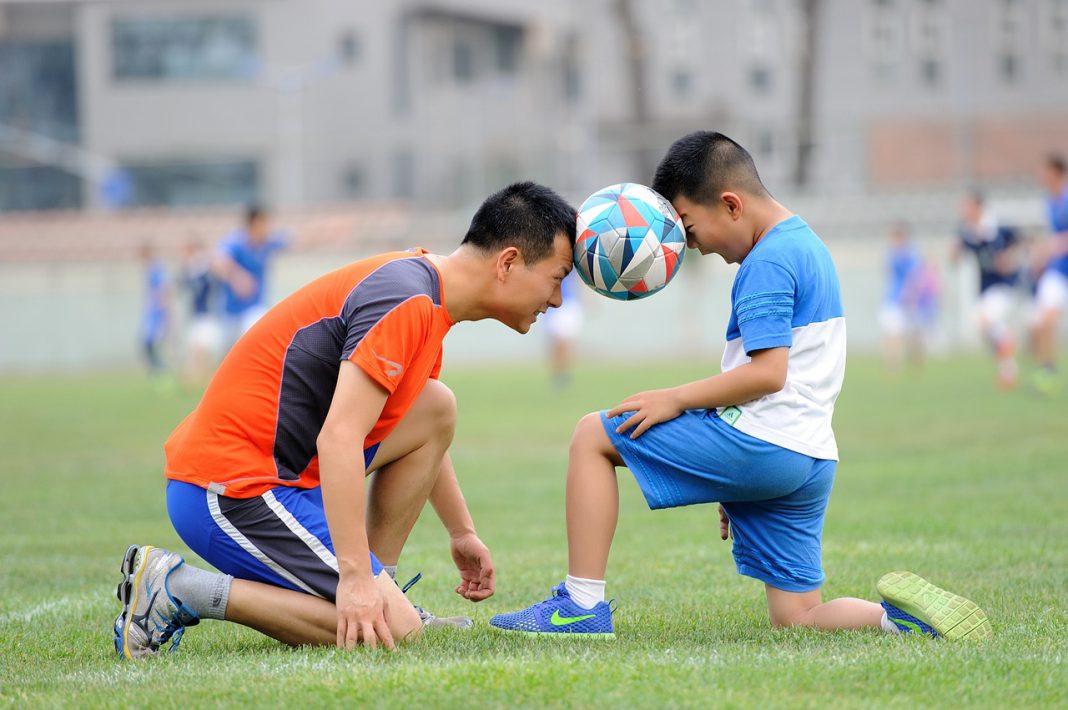 Hasn’t sport changed! Long ago it was just a lonely game played out over the markings of other sport,  with very young kids kicking around giant sports balls until they are able to choose for themselves and head off for one of the major sports, i.e. football, baseball or basketball.

No longer is it for the few parents waiting idly by while their children run around whilst they chat about their plans for the rest for their weekend. Today, sports are increasing their popularity dramatically in the US and parents are now seeing the game as a viable sport, able to compete with the traditional big US sports. Some parents are even putting their children forward to play and cheering them in in their droves from the sidelines. For parents that are new to sports  the hope is that their child might be the next Michael Jordan, Lionel Messi or Christiano Ronaldo  is a very real one, and one in which they have as vital a part to play as their budding young pretender.

For a parent of a child starting a new sport the question is naturally investment. Financial investment, of course, but more importantly investment of time, investment of support, investment of love. The main aim is to provide an environment that encourages the development of the child and makes sport something that they will hold dearly if indeed they fail to “make it” as a pro. Afterall, the greatest players do play because they love the game, not because they have been simply playing for as long as they can remember.

Embrace sports on and off the training pitch

A parent’s role in encouraging that development can’t be overstated enough. The emotional side of the game comes from enjoying and celebrating the game, as well as from football culture and its social aspects, something that sport and particularly a sport as a universally popular  can offer. On and off the pitch the love of the game and the education of a sports player never ends and in that sense the training also never ends.

Now onto another very important point: the playing of the game. The playing – from the kicking around of the ball in the garden to friendly games in the park. Parents should ensure that a child’s playing experience doesn’t just begin and end with the coach.

Vary the pitches and keep it fun

The natural brilliance and flair of great players such as Lionel Messi and Wayne Rooney were not learned simply on a training pitch, they were learned by playing with friends on the street. Hard work, dedication, and understanding of the game will all come in due time, as players go through age-based training, but the unpredictability that enables the best players in the world to do that “something special” is learned only by being forced to bring what they know to new less sanitized pitches. Variety is very much the spice of life, and for a sports player playing with different people on different pitches will always force them to get better.

In this same vein the sport needs to remain fun. It needs to be also be a sport that is played simply for laughs as much as it is to be played with the seriousness of a real pro. For younger children this is particularly important, no child will continue a game that is forced upon them.

The seriousness sometimes associated with “ultra pushy parents” has no place in crafting a truly great player. Players need to be encouraged to make the right choices when looking to become athletes but whilst they remain children there is no need to relentless push the child to train and learn. Keep sports fun. Let the love for the game grow inside the child and don’t push them to become an athlete too early. This holistic approach encourages children to play and develop their own special bond to the game, a love that will one day lead to them pushing themselves to being the best they can be.

Do children really need to be winners from day one? The debate that rages furiously in England is that the lack of technical ability of English players is down to the mentality that they grow up with as kids. Children are forced to believe that it is the winning that counts above everything else. Above the virtues of technical ability and understanding of the game, the idea is that it it success and success alone that measures progress. Now, true – very few people remember the team that comes second BUT winning matches, trophies and competitions for young kids should not be the target. The target has to be to develop a love for the game and find their own style as a player, not to solely strive for the win. Technical ability should be promoted throughout early stages as children understand body movement, ball control and the understanding of the sport before they think about pitting their abilities in competitive matches. Matches will be important to learning positional play but a desperation to win above all else can stunt a player´s understanding of the sport, their own playing style, and the enjoyment they have of playing .

The enjoyment that parents can put in place by adopting sports and making it something their child can love can if they are not careful be totally lost when it comes to playing on a team. Simply, the desire to win forces children to feel as though they cannot express themselves and enjoy the game for fear of accidentally costing their side a vital match. Until children enter the age group of around 15/16 years old they do not need to be competing solely to win but more to understand the game, understand their own style, enjoy it, and to feel comfortable expressing the love that they have developed for the sport. Tactics and all the stats can wait.

Across the most of the world the sport  has such a big social and cultural impact that it does not simply begin and end on the pitch. It has a presence that extends out of the stadiums and envelops peoples’ lives. Parents can aid their child’s development by embracing the expressions of sports culture. For example, taking children to matches and giving them heroes to want to emulate, enjoying the cheers and the colors. Keep it very much part of the child’s life and making sports more than the thing they do on Saturday mornings in the park. For example soccer culture has developed its own unique style in the US, and with the MLS and the NASL attracting more and more big stars, there has never been a better time to find your child’s new hero and inspiration to become the player on that pitch one day.

New parents to sports should be very excited. It is always growing and their child is about to embark on a wonderful journey into the world’s most popular sport and they get to share and enhance this experience and share what could be a lifelong love for the game. By taking a long view on the encouragement of a child’s development in the game, they will get to witness the true expression of the child’s ability on the pitch. As a result, parents will see a well-rounded person who is a dedicated and skilled player ready for anything, both on and off the sports pitch.