Home Coaching Tips How to do Tactical Training to Youth Players 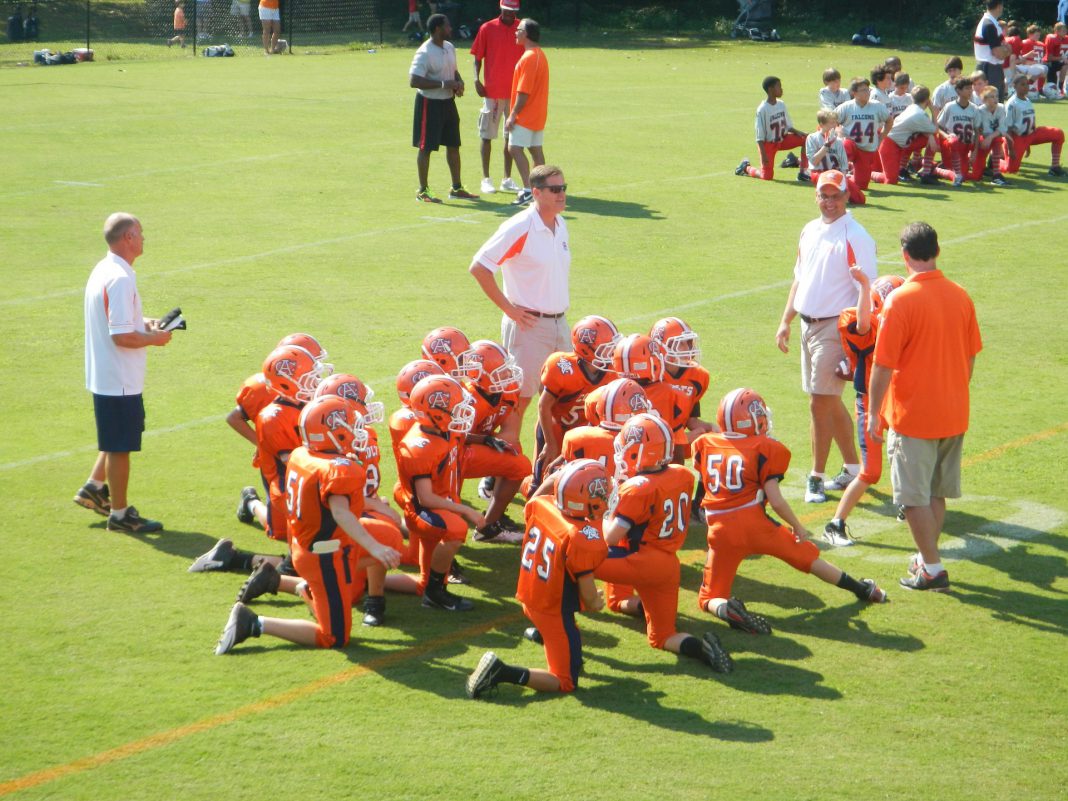 Be it the passing game, the pressing style or the all-out attack  team, tactics are becoming such an integral part of the modern game that is would seem irresponsible not to prepare children with some tactical knowledge as they move up the age ranks. Tactics don’t have to be the boring chalk board diagrams with lines and arrows everywhere that they used to be, learning tactics can be fun and can give kids a greater understanding of the game and the wide range in which play takes place across the field. Coaches need to be understanding that it will take lots of practice to get tactical training embedded into their team but it will certainly be worth it in the long term as players and teams gradually becoming more and more confident as a unit.

The first thing to do would be to decide what style of play you want to teach and then show the kids how this works. A lot of kids learn best when they see something in action so lots of demonstrations and clips of teams producing the desired tactics perfectly are a great start. Coaches can also join in training exercises and help to show kids through the play on the field exactly what they mean. Practice and repetition will always be important so get the kids practicing exercises and set plays by themselves as quickly and as often as possible. Movements that require several members of the team adjusting their position will be complicated but take it slow and allow for lots of moments of explanation and discussion. Let the players ask questions and explain to them exactly what each move is set to achieve, after all if it is something that will help them win or score more goals tell them – let them understand why they are working on these things.

Coaches will have already decided on the style of play that they want their kids to adopt so from there they can adapt warm up games, training exercises and targets during a game to maximize the implementation of this style of play. For example Barcelona famously practice a style of high-pressing and fast-paced passing and so each of their warm ups before every training session and every match is what’s known as a ronda. The game is effectively piggy in the middle to ensure that players are implementing the fast-paced passing that the team’s ethos will be when they take to the field. Remember to stop and offer praise when you see any sign of these things being implemented successfully, especially during training sessions when kids will be building up their confidence with a certain style and will be unsure whether they are getting it right or not. So stop the game and tell them how and why it’s working and praise their ability to implement the team plan.

There will be some children that naturally pick up the tactical knowledge better than others so why not use them to help the other kids. Promote from within an individual from each area of the field to be in charge of their particular position. Creating positional captains will help increase the amount of ownership and leaders that you have on your team and provide the kinds of responsibility that you want your players to be able to cope with. It will also be easier for kids to hear from their peers and teammates about what it is that they are doing right. This way the defenders can all be in charge of themselves, the midfielders can be in charge of themselves and the attackers in charge of themselves. Each position will have its own leader which ensures that the tactical style is being properly implemented and help ensure that those on the pitch who are unsure, know who to look to for leadership. This way the coach can keep an eye on the whole team allow for the team to be as independent on the field as possible. Be sure to monitor carefully to ensure that each instruction is positive and that the atmosphere is one of learning as opposed to criticism.

It will always be worth splitting up the positions during tactical sessions. For styles of play like high possession all positions including the goalkeeper can join in as they all will depend on being comfortable with the ball at their feet. Other aspects, such as specific defensive arrangements, will need the team to be split up and those that make up the defense prepared for what they are to do in those situations. Break the game up into scenarios – big scenarios at first such as when the team has the ball and when it doesn’t and gradually break it down into specifics, like when defending a corner or a throw in. These practiced moves will eventually become second nature as the team adapts to each situation that takes place in a game but they will first need to know where to be and what to do. Teach things that you think the team will be particularly good at first and then get on to the more challenging bits later – but don’t rush. It is a lot to take in for any player especially a younger player trying to emulate his heroes – keep it fun and try to introduce as many games as possible to break up the seriousness of the sessions.