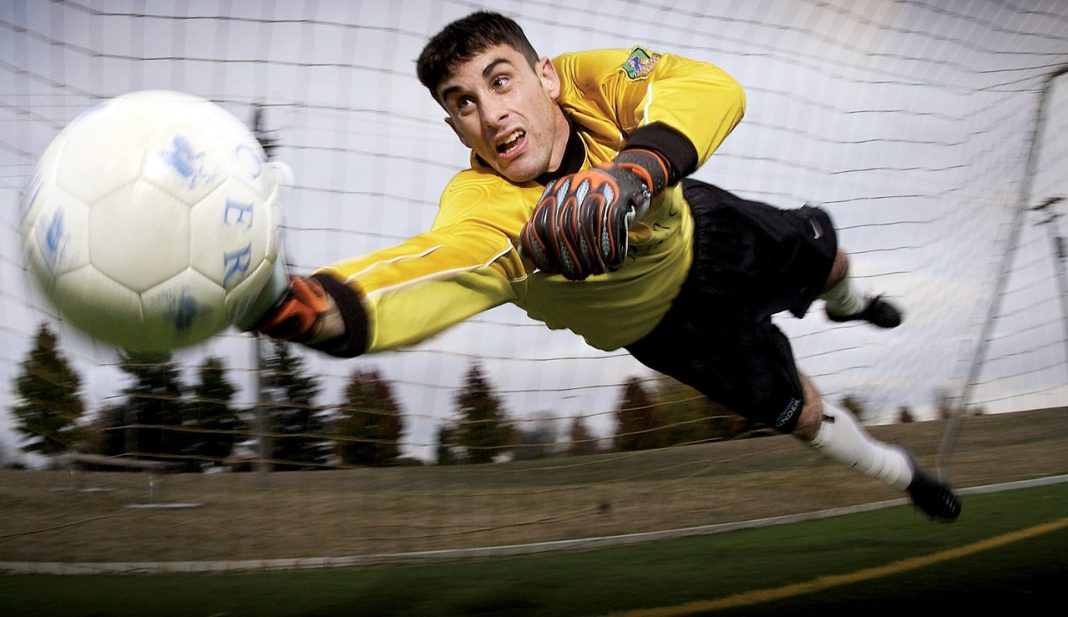 It may seem quite straight forward when training outfield players that drills and exercises that they will need to do in order to improve but how is best to train a goalkeeper. On the whole it is still important to involve your goalies in all of the training for the outfield players as it will help them improve their footwork and help them feel more confident and part of the team but they will need to do their own training that works on the specific aspects of goalkeeping that you and your team will need them to have. They will be your last line of defence and having as impenetrable a goalkeeper guarding your net as possible could well prove to be the difference between winning and losing. Lets take a look at the aspects of a goalkeepers game that they will need to work on.

Being brave and standing up tall

It may not seem like a natural human instinct to put yourself in the way of a charging attacker about to fire the ball at you as hard as they can but for goalkeepers this will have to be something they master. Often chances will be created where an attacker is left one on one with the goalkeeper and he is the only thing between the attacker and his team conceding a goal. Teach your goalkeeper to make themselves as big a target as possible so that as much of the goal is hidden from the attackers sight of vision. Often the best goalkeepers in the world raise their arms and stick out their legs – in similar fashion to an ice hockey goalkeeper, in the hope that the ball will strike them on one of their outstretched limbs or simply to intimidate the attacker and reduce them to a fearful quivering wreck unable to shot. Practise one on one situations regularly promoting exactly this type of approach.

Your goalkeeper will need to have a strong wrists as possible. For kids this is quite hard to achieve as their muscles are still growing but all tech more essential if they are to avoid injury.  After all part of the goalkeepers main job will be to punch or parry away hard shots and crosses that are threatening his or her goal. A good pair of goalkeeper glove are a must- especially ones that come with finger support and a reinforced to strengthen the goalkeepers hand. Some goalkeepers bandage their hands and wrists up like a boxer in order to maximise the solidity of the wrist and hand. But as injuries are something you definitely  want to avoid take time to see what feels best for your goalkeeper and work it out from there.

When those hands and wrists are adequately supported it will be very important that your goalkeeper understands where to direct the ball when saving a shot. For instance it is important that if a shot come in at goal that the goalkeeper does not simply parry it out to another attacker to score. Goalkeepers will need to be able to choose how and where to direct a shot that has been fired in at them. Practise by doing soft shots and setting specific areas for them to parry away. Have safety zones and danger zones set up and practise having them parry shots into the safety zones. Also practise having the goalkeeper parrying the ball down to themselves so that they remain in control of the shot at all times.

It wont matter to you or your defenders how your goalkeeper stops the shots as long as they stop them. Though the goalkeepers are able to use their hands they should not be afraid of saving shots with their feet. These will often be the most instinctive saves that will happen when goalkeepers are off balance or when an attacker is following up a rebounded shot. Have your goalkeepers dart back and forth across their goal taking turn ins stopping one shot with their hands and then another shot with their feet. This will improve their agility and build up their confidence that nothing will get past them!!

Your goalkeeper will be the only player on the field that can see everything that is going on on the field so they need to be talking constantly to their defence and making team aware of the formation or the risk of attackers. A goalkeeper will also need to have command in their  penalty area so that their is no doubt when they are coming to clear a loose ball or catch a cross. Make sure that your goalkeeper is confident when talking to the team and they will be one of your leaders on the pitch and one of tech most important members of the team. 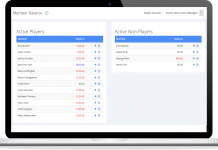